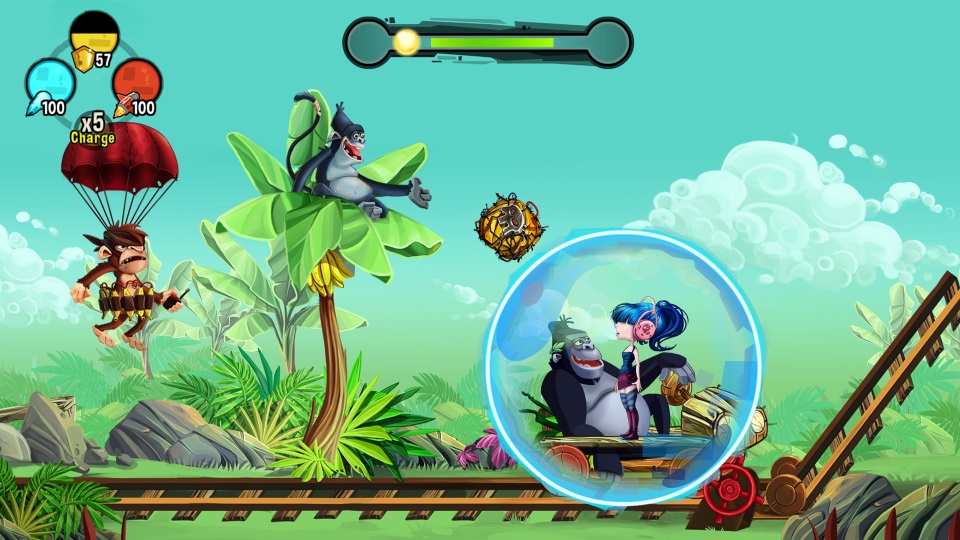 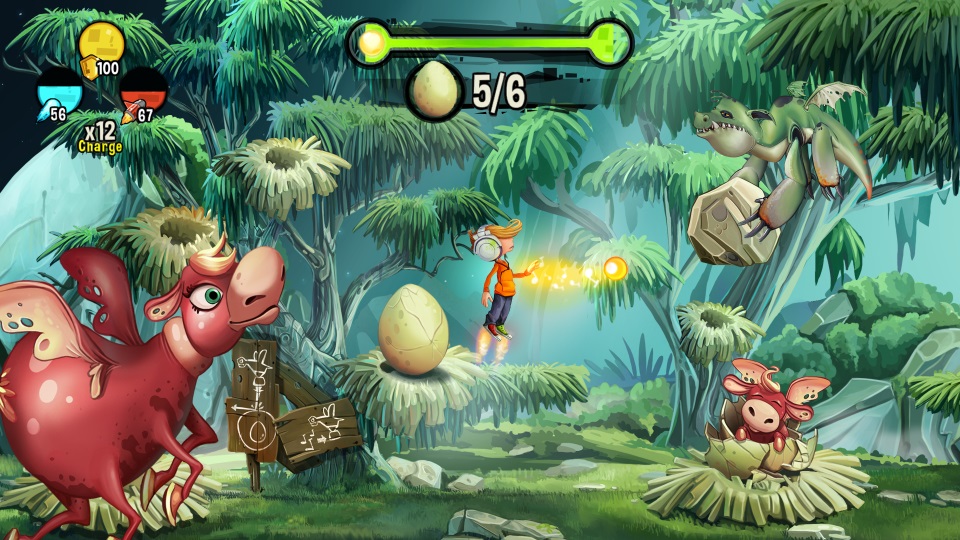 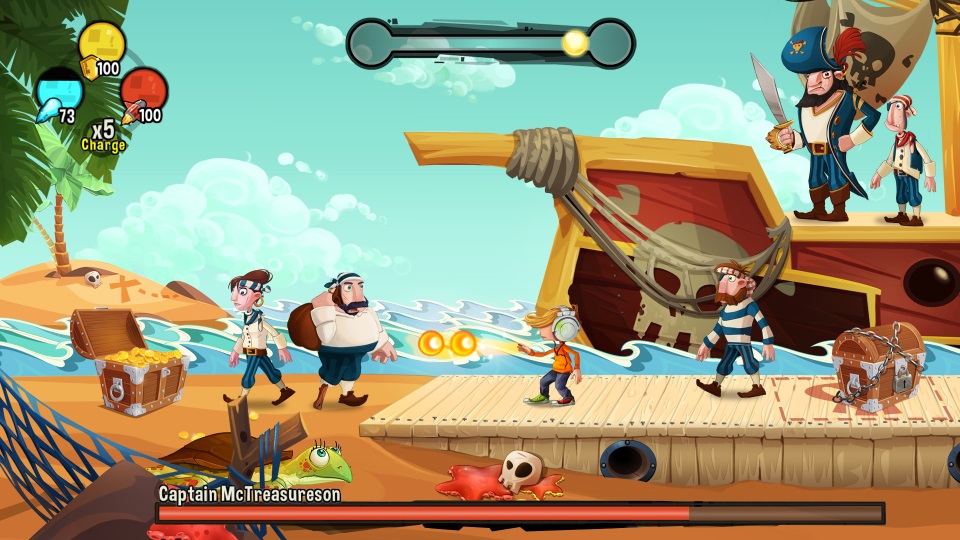 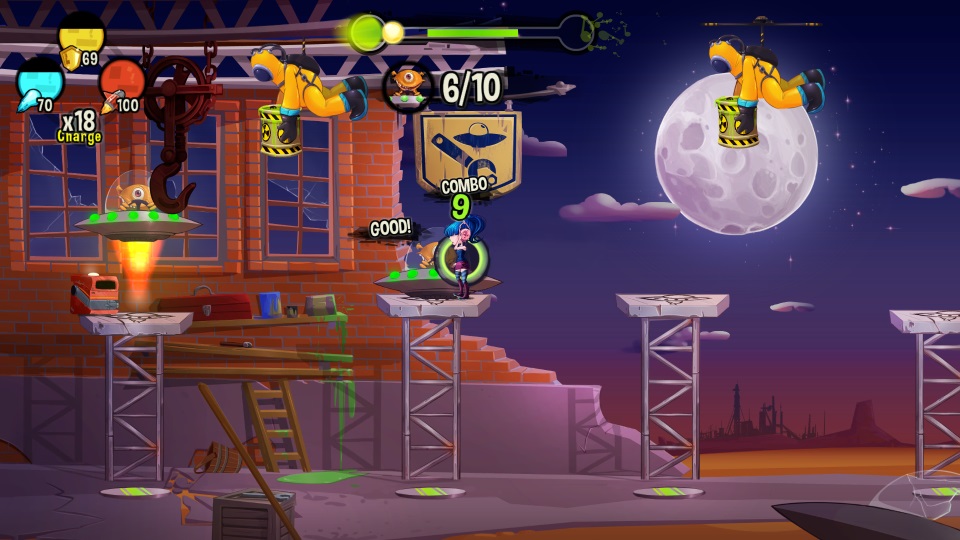 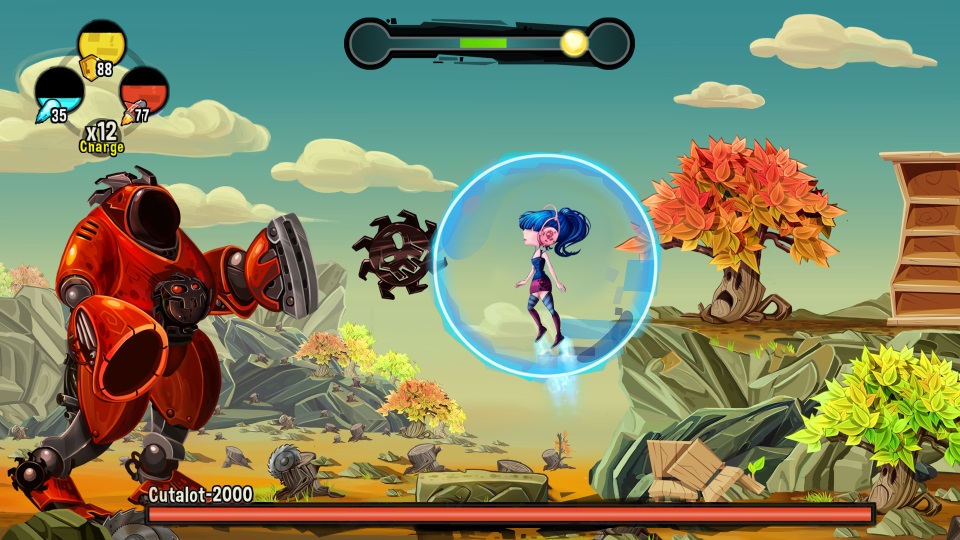 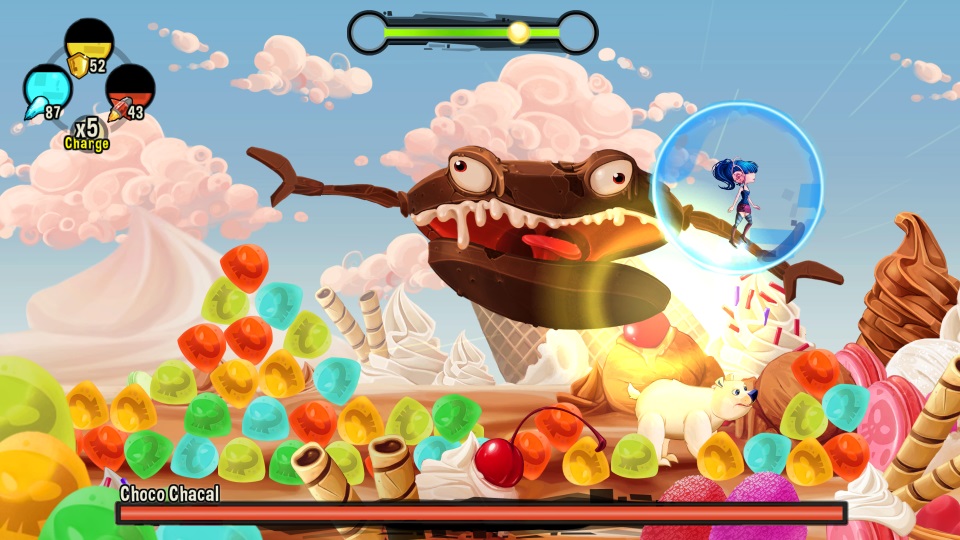 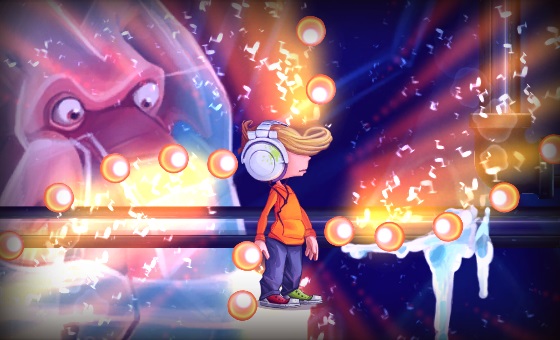 BeatBlasters III is a platformer, puzzle and rhythm game all wrapped into one.

Play as Joey or Gina and defeat the tyrannical butcher prohibiting music in Accapella City. Use their powers to help the denizens of the land on their adventure back to the city. 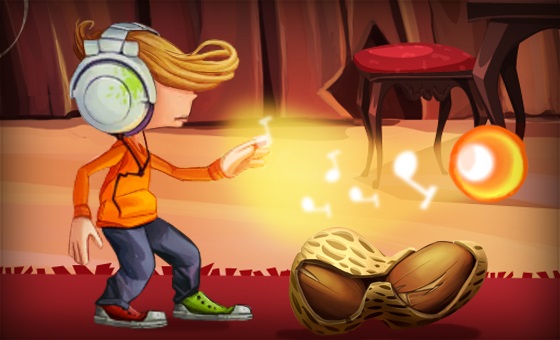 Use the various BeatBlasters to defeat enemies and take on bosses. 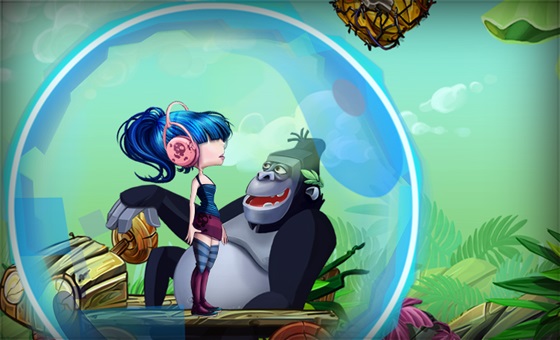 Use the shield to defend allies and send back projectile to enemies. 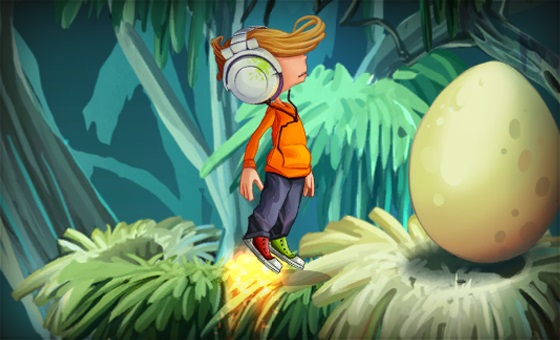 Use the jet boots to reach higher grounds and to move around the map faster. 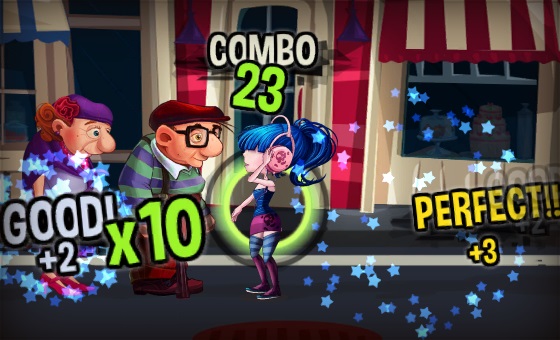 Enter the recharge mode and hit the buttons on the beat to refill your powers' energy. The better you are the more energy you get! 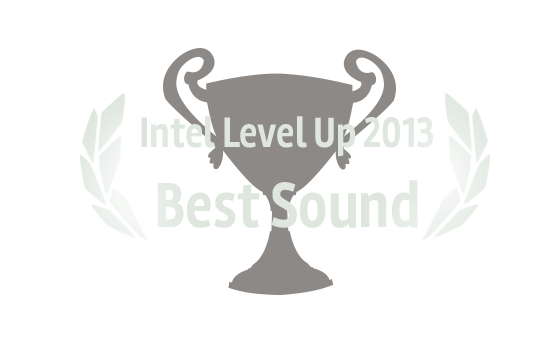 Create some great electro beats as you play the game. Every level is different for both characters!